A church within which the Father-heart of God may be known, the love of Jesus may be discovered and the power of the Holy Spirit may be experienced as people grow to maturity in Christ.

We are a group of three churches on the eastern side of Northampton. The original church, Emmanuel, was built and opened in 1974, and forms part of the Weston Favell Shopping Centre. In the mid 1990’s, two church plants were created within the parish, one at Boothville and the other at Rectory Farm. The Emmanuel Group is made up of Anglicans, Methodists and Baptists members. However, we now see ourselves working as an ecumenical church with people of all Christian traditions. We have a ministry team of lay and ordained ministers. In the parish there are 13 schools and 14 housing estates. It is the most populated parish in the diocese.

As we look for and encourage clergy to join the diocese we are committed to providing them with good and well maintained housing, a decent stipend and appropriate training and support. In turn, we look for certain commitments:

We are looking for someone with an open evangelical approach who would be enthused by working in an ecumenical setting, and within a church with a wide variety of theological and cultural backgrounds. The parish is the largest by population in the Diocese of Peterborough. You would be working in areas of high social deprivation, areas of above average affluence, and everything in between.

The ministry team in which you will be working is a small team of clergy, with ministers from other traditions, and a larger group of laity, both Anglican and Free Church, willing and able to conduct services, and to undertake tasks within the parish. It is important to understand that, as with our congregations, unity is key, and working collaboratively is vital within the ministry team. Hence, it would be an advantage if the applicant had experience of, and enthusiasm for, working in an inter--denominational setting.

In a recent survey conducted across the three congregations, members were asked their views on:

It is envisaged that, from a strong biblical and faith base, the successful applicant will be able to lead, teach and encourage all who come into contact with the Emmanuel Group of Churches, in their journey of faith.

We are a group of three churches forming a Local Ecumenical Partnership on the eastern side of Northampton. The original church, Emmanuel, was built and opened in 1974, and formed part of the Weston Favell Shopping Centre, an out-of-town shopping centre, built to serve the numerous new estates which were being constructed. In the mid 1990’s, two church plants were created, one at Boothville and the other at Rectory Farm, both within the parish boundary.

The Emmanuel Group was made up of Anglicans, Methodists, Baptists and URC members, Over the last 40 years, we have evolved. While respecting and valuing our supporting denominations, we now see ourselves working in a post-modern society as an ecumenical church with people of all Christian traditions, many of whom are not affiliated to any specific denomination.

We have a joint team ministry which, until recently, comprised an Anglican Team Rector, a Free Church Minister (Baptist), two Assistant Priests, and an Anglican Curate in training. The post of Free Church Minister alternates between Methodist and Baptist. It is important to understand that, as with our congregations, unity is key, and working collaboratively is vital within the ministry team. (John 17: 18-21) 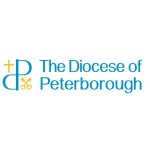