Our City The St John's Chaplaincy is situated in the heart of Casablanca, the largest city in Morocco, with a population of roughly five million inhabitants. The state religion of Morocco is Islam and the most common languages spoken are Moroccan Arabic and French. The number of those who use English as a common language in Casablanca is fairly small, and is made up of primarily Americans, British, Europeans, Asians, Africans and others from various corners of the globe. However, the number of Moroccans who speak English is growing rapidly. There are several British and American primary and secondary schools using English as the language of instruction, along with a British university in Casablanca. In addition, there are countless language schools teaching English to children and professionals.

Morocco has one of the longest reigning monarchies, which has been in place for over 600 years. This has led to stability but has historically hindered reform. Since the advent of King Mohammed VI in 1999, there have been numerous reforms and many western nations consider Morocco to be one of the top Arab countries seeking democracy. However, the Muslim fundamentalists have made inroads into the poor sectors of society and there is a philosophical battle underway for the future of the country. Morocco managed to escape most of the conflict during “The Arab Spring” which resulted in regime change in several countries of North Africa and the Middle East. King Mohammed VI was pro-active in trying to implement democratic and economic reforms, and since that time Morocco has enjoyed considerable economic growth and stability. Though political tensions between Morocco and Algeria continue to exist, there are many companies who operate in both nations and find profitable relationships across the borders.

To fulfil the calling & responsibilities of the clergy as described in the Canons, the Ordinal, the Code of Professional Conduct for the Clergy, and other relevant legislation.

To collaborate with the Bishops, Archdeacon, Area Dean and any ordained and lay colleagues in any initiative within the Diocese, Archdeaconry and Deanery.

To develop the local chaplaincy’s mission.

To ensure the provision of a high standard of worship, preaching and pastoral care.

a. Lead the church in setting its vision and holding to it by inspiring, motivating, challenging and empowering members to achieve that vision.

b. Sharing ministry as appropriate and working collaboratively with others, so that individuals’ gifts and talents are identified and used effectively.

a. Leading worship that gives glory to God, prayerfully, competently, and confidently.

b. Planning, organising and conducting a program of worship that supports the church’s vision and needs for ministry including appropriate use of resources, music, teaching and preaching.

c. Planning, organising and conducting a program of teaching which supports the Church community, develops its faith and responds to the needs of different ages and levels of faith or knowledge.

d. Preaching in the evangelical tradition with expository sermons based on the Lectionary Readings, adapting content and style for different audiences, occasions, and purposes.

a. Identifying pastoral care needs and ensuring appropriate structures and skills to provide this to the community. b. Giving support to those in need of pastoral care as appropriate, including baptism and marriage preparation, care to the sick and dying, bereavement, individual support and visiting Stewardship and parish organisation: a. Working with the Chaplaincy Council and churchwardens to ensure that structures and resources for parish organisation are appropriate, including clear boundaries and accountabilities of roles. b. Ensuring that structures, processes and policies in relation to services, weddings, baptisms and funerals, health and safety, financial, fabric, staff management, etc meet diocesan and legal requirements. c. Chairing the meetings of the Chaplaincy Council (usually 10 times per year) and the AGM. Mission and Outreach: a. Developing relations with community and external organisations to promote positive links with the church Representing the church to the Moroccan authorities

We are looking for:

• An evangelical preacher who has a strong teaching gift.

• An experienced leader with a shepherd’s heart for our diverse international chaplaincy.

The Church has received funding from the Diocese of Europe, which varies each year. Through this support and Church collections, the Chaplaincy is able to offer a stipend of 134,200 Dhs net (about £11,000) per annum.

This does not yet include contributions to a pension fund or to a tuition fund for the education of the children living with the Priest-in-Charge. In addition to this stipend, various allowances and expenses, such as health insurance, are also paid. Ideally, the post would suit someone who can speak French and has some supplementary means of support. The church has been involved in interfaith dialogue with the Moroccan authorities. There is a great potential that this will continue, to the extent that the Priest-in-Charge could communicate in either French or - Arabic, and has a desire for such projects. 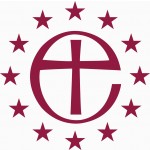