Hayes is growing at an enormous rate - and so are the opportunities to engage with people who have never known Jesus. This exciting new role will be at the heart of our ambitious vision to be the beating heart and lived out love of Christ in Hayes.

The parish has passed a Resolution under the House of Bishops Declaration.

HISTORY OF THE PARISH

St. Anselm was opened in 1929 at the heart of what was then a village rapidly turning into an industrial town. The rapid growth in the latter part of the 19th century prompted the Diocese of London to plant a new church (initially in a hut before the current church was built) in the midst of Hayes Town - centred on the canal and railway into London.

There was an explosion of house building and many people saw Hayes as a new suburb of London. Hayes though retained its own character and identity as the railway served industry rather than passengers into Paddington. The housing was bought by people working at EMI, Nestlé and other large industrial companies supplying vital materials for the inter-war expansion of London and its suburbs.

Hayes is once again at the centre of an exciting period of change, with factories being replaced by high density housing for people moving to the area, attracted by the new Crossrail station, this time ferrying passengers rather than cargo. This huge increase in housing marks a new phase of opportunity for St. Anselm, and almost a 100 years after it was opened it finds itself once again at the heart of mission in the Diocese of London 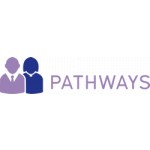