Vicar of the Benefice of West Barnsley

The Anglican Diocese of Leeds

The Benefice of West Barnsley

Set in attractive South Yorkshire, this young Benefice is looking for a Vicar to help nurture and equip them as they look to the future:

For an informal conversation about this post please contact the Archdeacon of Pontefract on 01924-896327 or 07515998956 or email archdeacon.pontefract@leeds.anglican.org

​The closing date for applications is the 10th December 2021

The Diocese of Leeds

In this new diocese, now seven years old, we are working with three core objectives:

Confident Christians: Encouraging personal spiritual renewal with the aim of producing clergy and laity who are confident in God and in the Gospel.

Growing Churches: Numerically, spiritually and in their mission to the wider world.

Changing communities: For the better, through our partnership with other churches and faith communities, as well as government and third sector agencies.

The Diocese came into being at Easter 2014 following the dissolution of the historic dioceses of Bradford, Ripon & Leeds and Wakefield. This followed a three-year process of debate and consultation driven by the Diocese's Commission. It covers a region whose economy is greater than that of Wales. Background papers to the reorganisation process can be read at www.wyadtransformation.org.

The three former dioceses were created in the nineteenth and early twentieth centuries to cater for massive population changes brought about by industrialisation and later, mass immigration. The diocese comprises major cities (Bradford, Leeds, Wakefield), large industrial and post-industrial towns (Halifax, Huddersfield, Dewsbury and Barnsley), market towns (Harrogate, Skipton, Ripon, Richmond and Wetherby), and deeply rural areas (the Dales). The whole of life is here along with all the richness, diversity and complexities of a changing world.

The diocese is dissected by major motorways (M1, A1M, M62) and major trunk roads (such as the A650, A59), making road and rail communications good. Access to airports is also good, with Leeds-Bradford in easy reach and Manchester only an hour away.

There are 323 stipendiary clergy, 165 self-supporting clergy and 398 clergy with PTO along with 408 Readers, 125 lay pastoral ministers and 52 chaplains in 656 churches with 256 church schools.

The Diocese is unique in having three cathedrals: Bradford, Ripon and Wakefield and over the past year the cathedrals have begun to work together on the key Diocesan services as well as developing three strands that they will offer to the diocese – pilgrimage, civic engagement and apologetics. This new diocese, led by the bishops, is working out how best to create a diocese with more than one cathedral, and to develop the ministry and outreach of these cathedrals in a way that secures their future and recognises their distinctiveness. 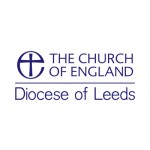 Administrative Assistant for the Diocesan Board of Education (part time)